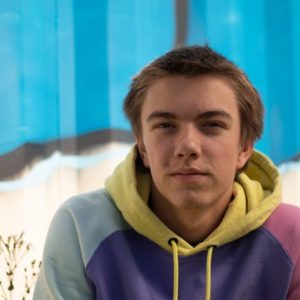 Matthew Bates was five years old when he began Music for Young Children lessons at Suzanne de Bussac’s Calgary studio in 2009. In June of 2020 he was offered an artist management contract by Atlanta based Truth Media Group, a collective that represents artists who create beats and sources work for them. Matthew is 17 years old and going into grade 12 high school and is already generating income from his music! It’s an artist’s dream!

Suzanne de Bussac remembers teaching Matthew in his foundational years. “He was just one of those kids who exuded music from an organic place within him. Five years old in Sunbeams 1, and still to this day one of the most engaged children I have taught. He was so happy to be in class and his eyes and ears and fingers were always keen, and we always had a ton of laughs in class. A very good-natured kid,” she grins. “Practicing was his favorite pastime therefore he had huge success with MYC. He loved to play and was self-motivated. His recital performances were often his own compositions and I always marveled at his ease on stage, and his obvious love for music shining through. He’s one of those people who were born to do it. I loved teaching Matthew,” she states.

As Suzanne wasn’t teaching private students at the time, she recommended a well-respected teacher, musician, composer in Calgary named Derek Stoll. Derek took Matthew on as a student and remains his student to this day. Matthew is working on his grade 6 Conservatory Canada, while he continues his composing work and schooling at St. Francis High School.

When asked how he came to be approached by an artist management company in Atlanta USA, he responded with this story. “My Mum got me SL Studio for Christmas one year and I began to work with it and my midi controller. It was so cool because although I’d never been a drummer before, or a string player, or horn player, I could create using all these great instrument sounds, yet using my piano skills.  I began uploading my beats & tracks to a platform called www.beatstars.com.  You put your work up there and set a price, give a sample and sell your art.  The Management Director at Truth Media, James Reese, contacted me through Instagram and discussed a contract with myself and my parents. After it got checked out by an entertainment lawyer, all was good to go and we’ll see where it goes from here”.

He expanded on his thoughts on early childhood training; “MYC was the best thing for me and I strongly recommend the program for any kid who is interested in music. By the time I was done, I already had 8 live performances under my belt, a First Class Honors with Distinction certificate from the Royal Conservatory, around a grade 4 level RCM theory comprehension, and 4 compositions written and performed. Moving to Derek Stoll built upon an already solid foundation of notes, scales, chords, circle of 5ths, and everything I had learned about composing to a higher level. We didn’t have to spend time learning the basics and could focus on the creative process and transforming feelings into a musical language. It’s also been inspiring that both of my teachers to date are both working musicians who gig on a regular basis, actively composing, recording and performing. It makes the possibility of being a professional musician more than a dream when you see your mentors living and sharing their art for their jobs.” 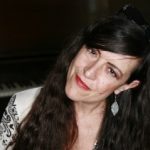 Suzanne discovered the program through her son who she put into Sunshine 1 at the age of 4. She was overwhelmed with joy during their classes and was amazed at how much he was learning and how FUN the learning was! She was also deeply grateful for the connected musical time she was spending with him in their classes. It was a wonderful bonding time. She was so impressed and engaged that she decided she would train to become a teacher. That was 8 years ago and she has enjoyed her studio and students immensely ever since!

Her background includes a multitude of elements within the musical world. She studied piano from the age of 4 through the Royal Conservatory of Music under the tutelage of Dr. Mary Munn, Michael Redshaw, and Ron Proctor. She completed her Grade 10 and then transferred to York University’s Fine Arts Program in Toronto.

Suzanne de Bussac is now accepting Fall registrations for all levels at her home studio in Montgomery, Calgary (tranzister@icloud.com)